This is here for css purposes
Skip to Main Content Skip to Side Menu
Home › About › Board of Directors › Mark T. Gordon, LL.B. 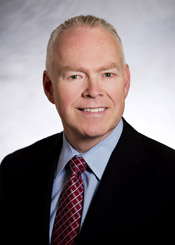 Mark joined the Mutual Fund Dealers Association of Canada in November 1998. Prior to being appointed President & CEO, he was the Executive Vice-President and played a key leadership role in developing and building the MFDA into a national SRO with offices in Toronto, Calgary and Vancouver. Mark joined the MFDA from the Ontario Securities Commission where he had been Senior Legal Counsel with the Enforcement Branch. Prior to that he practiced corporate and securities law with a major national law firm. Mark’s extensive experience in securities law and regulatory enforcement includes a secondment in 1993 with the Broker Dealer Enforcement Division of the United States Securities and Exchange Commission in New York. Mark obtained a Bachelor of Laws degree from the University of Western Ontario and was called to the Ontario Bar in 1986. Mark graduated from the Directors Education Program offered by the Rotman School of Business and the Institute of Corporate Directors (ICD) in 2012 and holds an ICD.D designation.