This is here for css purposes
Skip to Main Content Skip to Side Menu
Home › About › Senior Management › Paige L. Ward, LL.B. 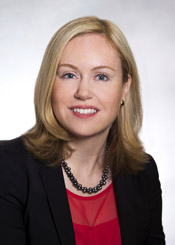 At the MFDA, Paige has held the positions of Legal/Policy Counsel (2000-2002), Manager of Regulatory Affairs (2002-2003), and Director, Policy & Regulatory Affairs (2004-2011). Prior to joining the MFDA, she worked as the senior legal editor and writer for the Canadian Securities Law Reporter. Paige obtained an Honours B.A. in Political Studies and an LL.B. from Queen’s University, and was called to the Ontario Bar in 1998.